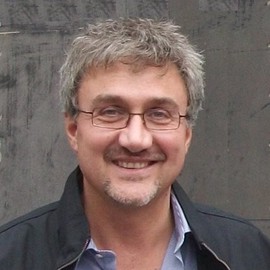 Prof Porto has a broad background in the field of hydrology, erosion and sediment transport and has focused his interest and recent work on soil erosion problems in Mediterranean area, and more particularly southern Italy. His research was given a major stimulus by previous Fellowships held at Fort Collins (USA) in 1996, and Exeter (UK) in 1999, where he was able to gain valuable experience in the field of soil erosion and sediment transport investigations. Whilst providing Prof Porto with experience of this research field, the Fellowships also enabled him to test the gained experience in southern Italy and to refine existing procedures to facilitate the applications of the new techniques developed during the previous years. He has made an important contribution to the use of fallout radionuclides in semi-arid Mediterranean environments and he has continued to develop this work after returning to Italy. The papers that he has published on the use of 137Cs and 210Pbex provide clear evidence of his initiative, originality and innovative capacity.